Home Blog Business 13 Mistakes To Avoid While Designing Your Kitchen

13 Mistakes To Avoid While Designing Your Kitchen 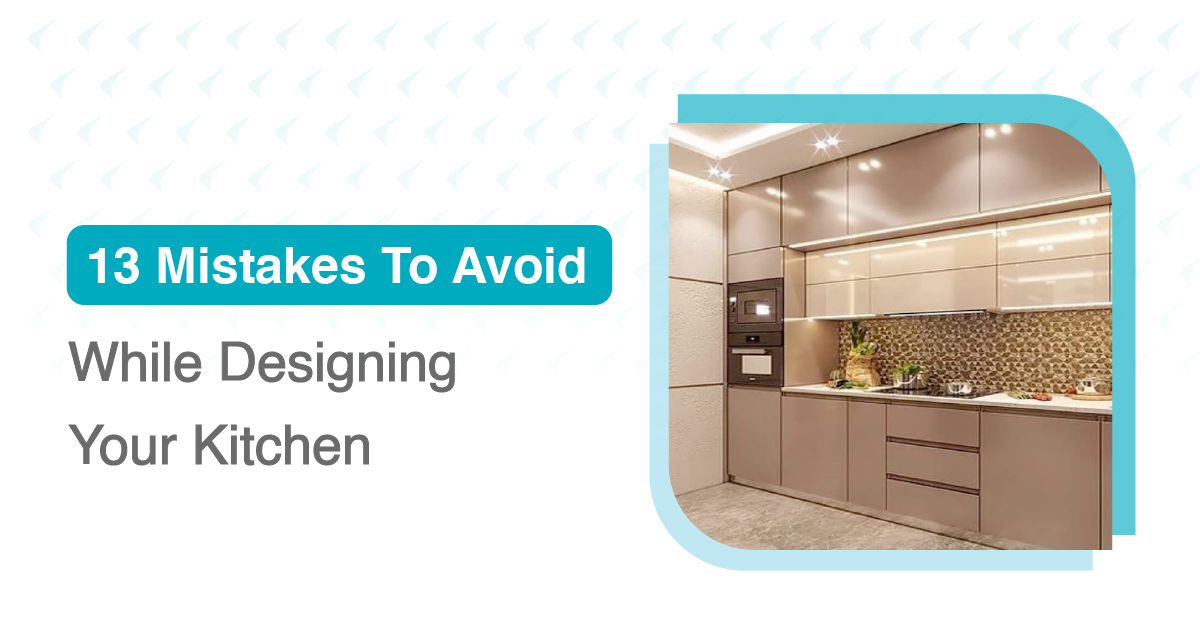 Ever looked at your kitchen and felt that you could have done a lot of things differently. Designing kitchen space doesn’t just make people consider their budget for planning but it also takes a lot of consideration for the layout and placement of everything in the space. Here’s 13 mistakes to avoid while designing your kitchen:

1. Aligning too much with trends

Trends are often chosen over other plans during décor. Though trends are aesthetic but a kitchen doesn’t just require an aesthetic outlook, it is said to be best to be more considerate with your design.

2. The Vastu based kitchen setting

Keeping the five elements of nature in proper position for well managed home, especially south-east and in case of needing to make the direction a different space north-east corner is said to be ideal direction for making the kitchen. Making sure you get the Vastu based kitchen setting right, helps the kitchen have a good airflow and keeps the ambience right. 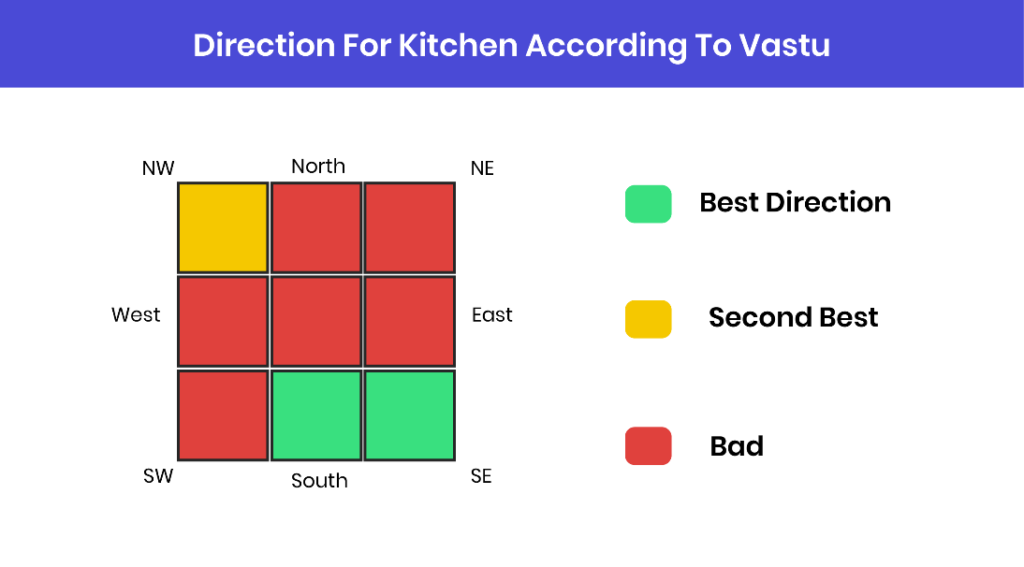 Avoid using dark colors for small spaces.Rather going with light and bright colors goes well with kitchen designs. Prints and other are not timeless, it’s better to expand your color choices when it comes to bigger kitchen.Install a large table in a big kitchen, or the room will feel too empty!Avoid choosing Gwady colors: that will displease eyes over the time. 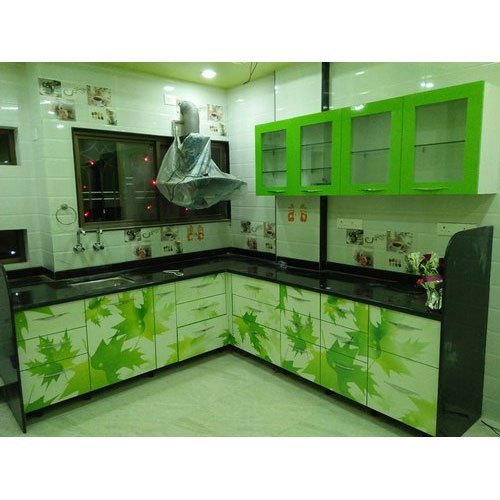 A triangle with the periphery being refrigerator, sink and stove. To make sure that the functionality of these don’t clash and avoid them from being an obstacle for each other, the work triangle for the kitchen should never be overlooked.

5. Misjudging the practical locations for layout

There are often times when trying to put all our design ideas out in the open, we tend to overdo things.Also, making sure the kitchen island has the right placement after measurement is a must. Misjudging the practical locations while making a layout of your choice brings in a disordered kitchen outlook as an end result. 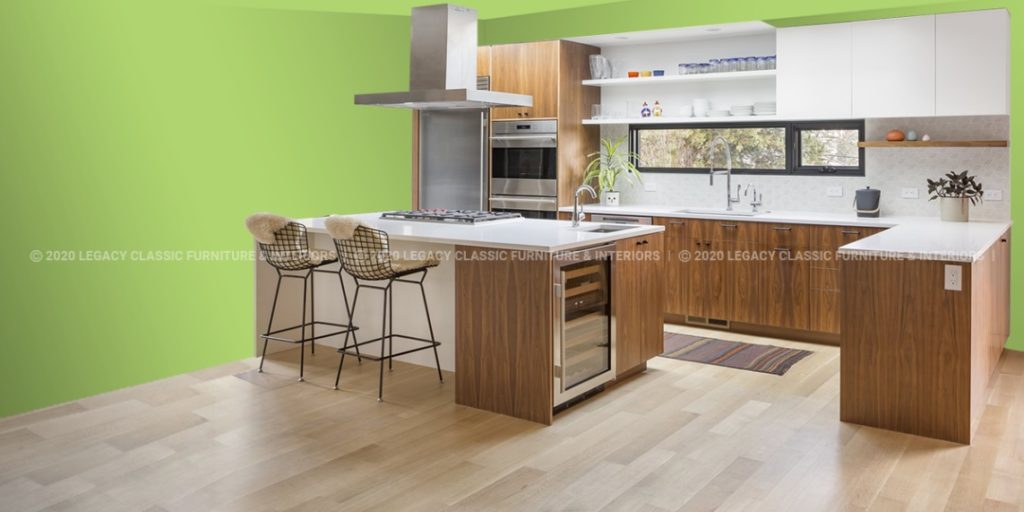 The purpose of lighting isn’t just for décor purpose. Kitchen can often feel as an oversaturated place lacking ambience if the lighting isn’t planned well. Too bright and too dim light patterns often make the kitchen look dull and overlooked place. The sufficient lights for kitchen can be placed as one in the picture below: 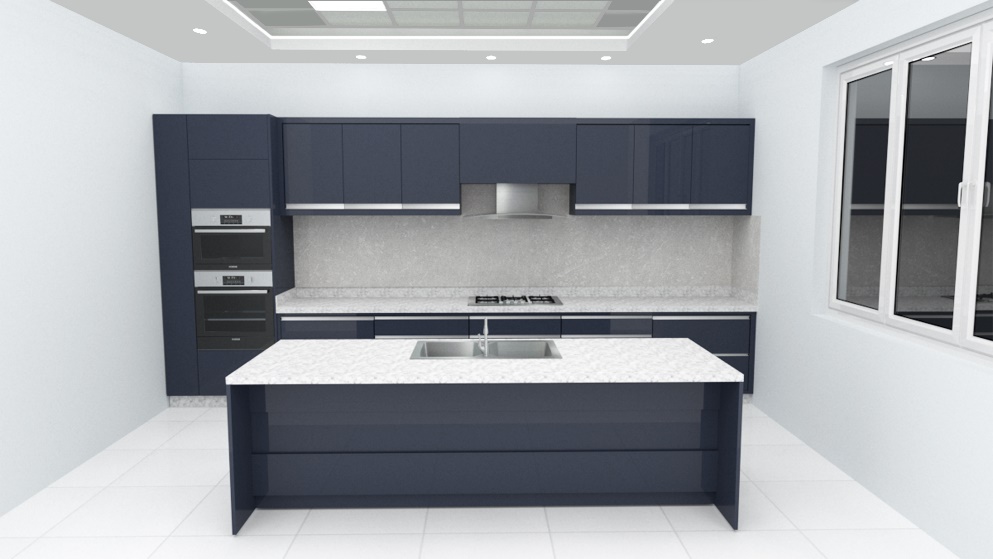 Not just dust but the grease and oil in the kitchen leaves a lot of its traces. Smells that stay in the kitchen which isn’t pleasing even if the dish was a pleasing one. The step that should never be missed while you are designing your kitchen is investing in a good ventilation. A properly ventilated kitchen is one that is designed like one in the picture below: 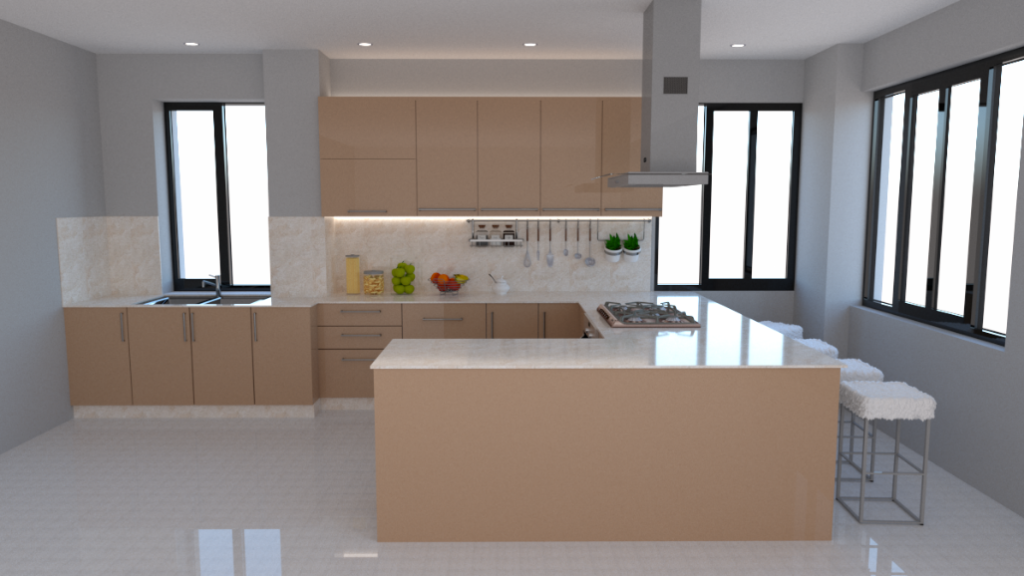 A space where you are supposed to be spending most of your time ending up being a cluttered space isn’t the right path to take. We often tend to mistaken kitchen space as a storing space which makes the place lack room for breathing. Kitchen often requires more than one person to prepare the meals, so limiting your space is a big ‘no’.

9. Not being practical with electrical outlets

Electrical outlets left in places close to other cabinet spaces or too near the spots for placement of other products can often show jumbled up wiring. Not being practical with electrical outlets doesn’t only create cramped spaces but also can invite hazards. For example, placing microwave oven in closed hanging unit is not good since microwave oven needs proper circulation and it’s difficult to put and take our food from microwave harder. 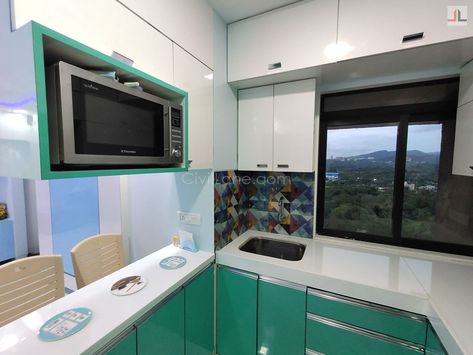 10. Going all neutral with colors

Trying to play safe with design ideas can often lead to unnecessary use of your budget. Going all out with colors as you want rather than going all neutral is a better idea for a perfect modern kitchen. 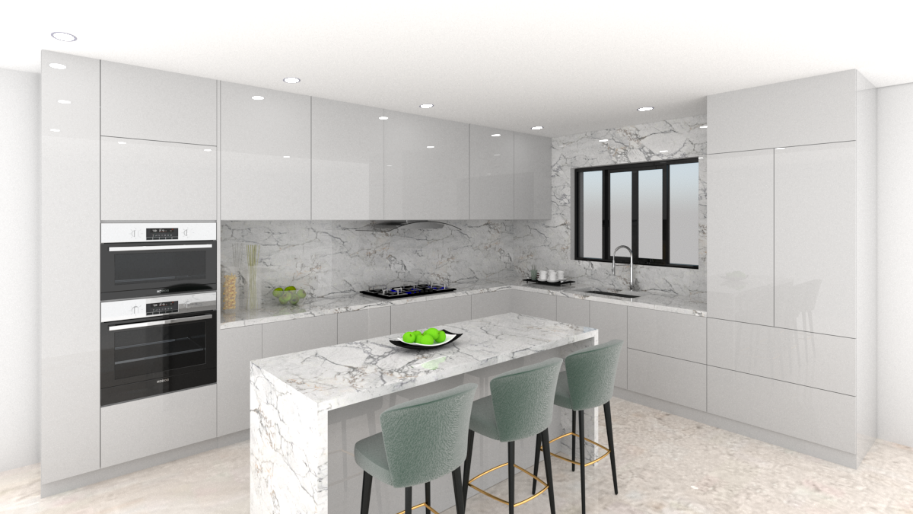 We often lose track of things and ignore small details while creating a kitchen design ourself. To ensure the budgeting doesn’t exceed we often end up with making a short-term investment that lands an even greater expenditure list on us in the future. Consulting with an expert is a very crucial but crossed out idea from the to-do list of kitchen design.

We often tend to keep things for later especially when it comes to appliances or even placement or keeping things out of the layout for later. Things kept for remodeling and for later often end up causes disorientation in the kitchen décor.

13. A washing machine in the kitchen is never a great plan!

Kitchen space being limited to kitchen related appliances is the right path to take. It’s best to try and have a separate laundry room, for hygienic purposes. 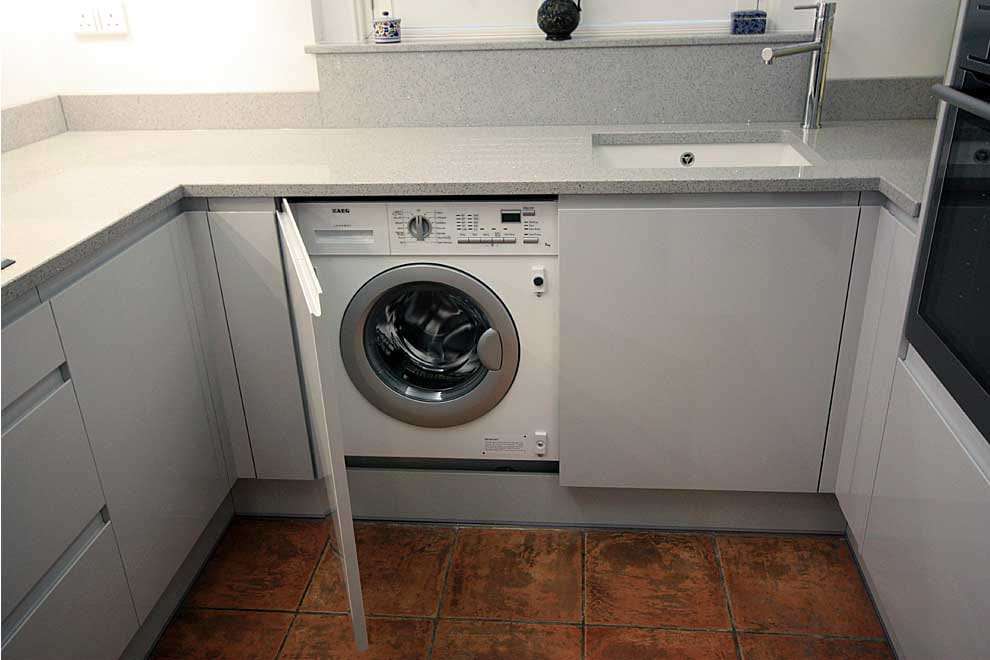 Therefore, there are often times when the smallest things we fail to consider or put off for later can create dullness in your décor. The kitchen space you often use might become a space you wish to avoid. So, the above mistakes can be avoided with just a little more attention from you. 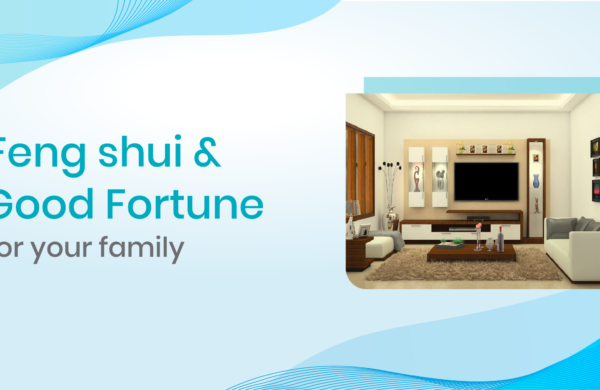 Feng shui and good fortune for your family 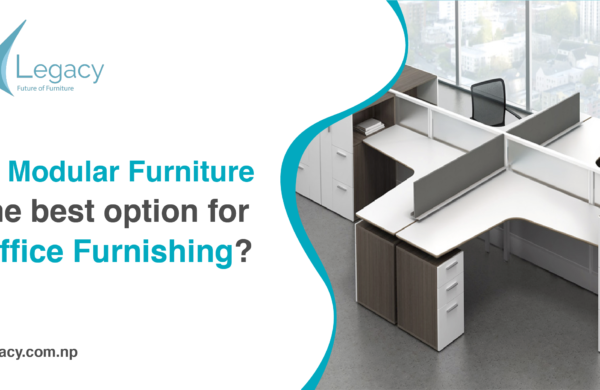